Home » Contributors » Corporate culture – take it as a given or try and make a change?

Corporate culture – take it as a given or try and make a change? 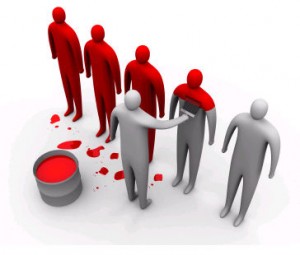 5 monkeys, a ladder and a banana

A very interesting experiment was conducted by scientists involving 5 monkeys, a ladder, and a banana. Descriptions of this experiment can also be found on the Internet, on different sites and blogs as it created many discussions at the moment due to its originality.

The experiment was the following: 5 monkeys were placed in the same cage. Inside the cage, scientists hung a banana on a string with a set of stairs placed under it. A monkey went to the stairs and started to climb towards the banana. As soon as he started up the stairs, the psychologists sprayed all of the other monkeys with ice cold water. After a while, another monkey made an attempt to obtain the banana.  As soon as his foot touched the stairs, all of the other monkeys were sprayed with ice cold water.

It’s wasn’t long before all of the other monkeys would physically prevent any monkey from climbing the stairs. Now, the psychologists shut off the cold water, removed one monkey from the cage and replaced it with a new one. The new monkey saw the banana and started to climb the stairs. To his surprise and horror, all of the other monkeys attacked him.  After another attempt and attack, he discovered that if he tried to climb the stairs, he would be assaulted.

Next they removed another of the original five monkeys and replaced it with a new one. The newcomer went to the stairs and was attacked. The previous newcomer took part in the punishment with enthusiasm! Likewise, they replaced a third original monkey with a new one, then a fourth, then the fifth. Every time the newest monkey tried to climb the stairs, he was attacked. The monkeys had no idea why they were not permitted to climb the stairs or why they were beating any monkey that tried. After replacing all the original monkeys, none of the remaining monkeys had ever been sprayed with cold water. Nevertheless, no monkey ever again approached the stairs to try for the banana. Why not? Because as far as they know that’s the way it’s always been around here.

The above story does not lack purpose and has a strong connection with the theme of the article. The majority of people change their actions relating to the environment and the persons they are confronted with. Sometimes we modify our attitude towards a certain problem only because the pressure of the group is stronger than our own perception. This particular behavior can also be seen in the corporate environment. Be honest with yourself: how many times have you heard the phrase: “ Don’t try to change things around. They have always been like this”.

Corporate Culture is created over a long period of time, based on routine practices that were infused to employees and that sometimes are perceived as a “given”. Nobody asks why certain things are as they are, they are simply accepted and not examined. 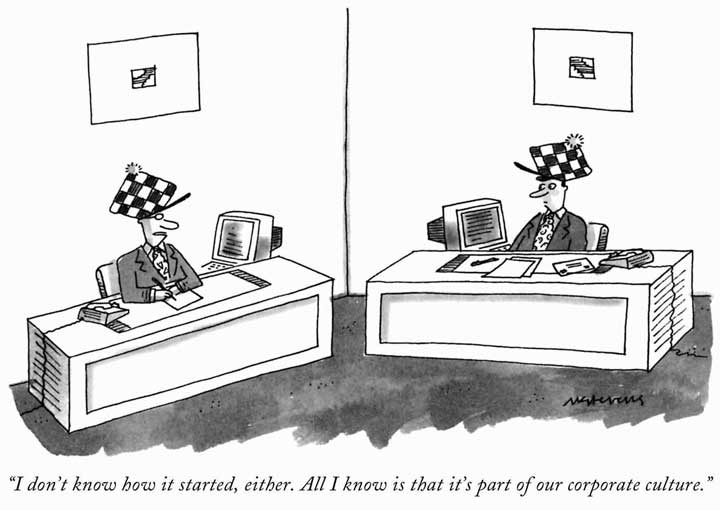 Organizational Culture can be defined as all the shared beliefs, values and assumptions that distinguish the organization from other organizations. When done right, it distinguishes and separates that particular corporation from all the others on the market providing it with added value. It can represent a strong motivational factor in the recruitment process; it works as the best PR and functions as a primordial retention factor for dedicated employees.

What happens when you are faced with the reverse of the coin? When after working for a longer period of time inside a company you realize  the organizational culture no longer fits your needs nor reflects your believes? When do you know it’s your place to state your point of view and when do you know when to embrace the general ideas that have perfectly functioned up until that point? The answer can only be responded by you and it strongly relates to your line of work and the incentives you need to receive in order to perform at what you do. If you feel that from a certain point of view you are not motivated to do your best at work, and that particular thing can be improved, for you and your colleagues –  state your mind! It can make a change and it can impact the others around you in a very positive manner. If you truly believe your ideas and perspective is better than what you are facing at the moment do not be afraid to act and think outside the box! 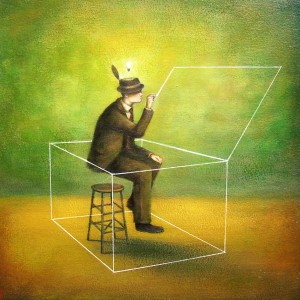 However, bravery comes with a sense of responsibility:

If you like your job and love what you do but the company’s organizational culture is not what you’ve dreamed of – give it a try and state your point of view!

And always remember: Life is trying things to see if they work! (Ray Bradbury)