Home » Industry news » CCC: “We are hiring approximately 270 employees by the end of the year – great demand for French speakers”

CCC: “We are hiring approximately 270 employees by the end of the year – great demand for French speakers” 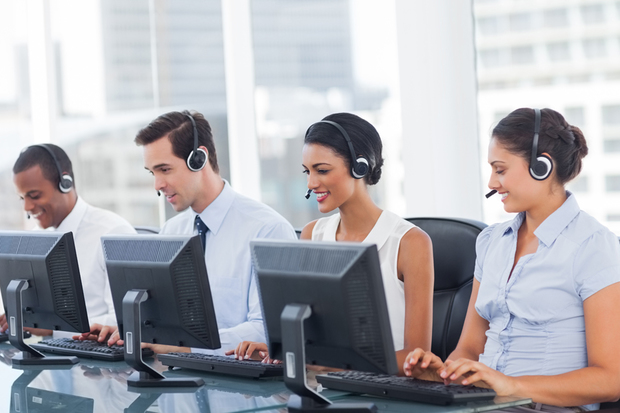 Competence Call Center (CCC), one of the leading providers of customer service support on the local Romanian market, that currently has around 650 employees, plans to recruit 270 more by the end of 2015.

The company has 500 employees working for their center in Bucharest, opened in 2007, and 150 working for the Brasov branch, which was founded last summer.

“We opened our second branch in Brasov in June 2014 and we plan to expand further on the Romanian market” –  Cristina Georgescu, call center manager declared

This year the company wants to increase the number of employees by 20% compared to 2014. Last year, the company had an average number of 308 employees, according to the Romanian Ministry of Finance.

“We plan to recruit 270 people by the end of 2015 for our two branches in Romania. The company is currently on the lookout for French, German, Italian and Spanish speakers. All of these new employees will be recruited this year and approximately 100 will work for our center in Brasov” – Cristina Georgescu added

“At present, we have several difficulties in finding proficient French speakers to cover the existing demand for projects that require this language. The demand for foreign language speakers has grown constantly in the last year and will continue to increase in the future” – Cristina Georgescu concluded

The company is also focused on improving and strengthen the project and agent coaching teams.

In terms of months, the most active periods for outsourcing projects are considered to be April and September.

CCC’s clients include international companies  that do business in areas such as telecommunications, eCommerce and tourism and one of the most important customer is Ryanair.

“In 2014 we added two new customers to our existing portfolio. The customers come from telecommunication and aviation industries, for which we provide support in English, Spanish and French” says Cristina Georgescu

One of the main challenges in this industry is that the number of communication channels used by customers has increased and thus requires more skillful employees.

“They must have expertise both in chat, social media or community management that must be managed in a way that will meet the customer’s needs through multiple communication channels” – says Cristina Georgescu

CCC is a company that provides call center services in eight countries through 14 locations. The company has been present on the local market  since 2007 and its main competitors are Computer Generated Solutions, Wipro, WNS, Accenture and Genpact.