Home » Industry news » Predictions for European IT outsourcing in 2013

Predictions for European IT outsourcing in 2013 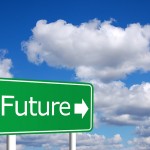 Europe’s economic problems cast a long shadow as the credit crunch and Euro crisis leave businesses in the UK and continental Europe with a lot of challenges, but what will this mean to the IT outsourcing sector in the continent?

Computer Weekly asked the experts for their opinions of what 2013 holds for IT outsourcing. Here are their thoughts :

Collaboration is king in 2013

Consumerisation will evolve from a buzz word into an activity

The American giants of yesteryear are a shadow of their former selves, all lack real CEO leadership and have cost bases that shout ’physician heal thyself’.

EU regulators take on the US

New models in the offing as UK PLC leads the way

The death of loyalty and growth of commodity