Home » Industry news » Is Rural Sourcing a trend to be considered?

Is Rural Sourcing a trend to be considered? 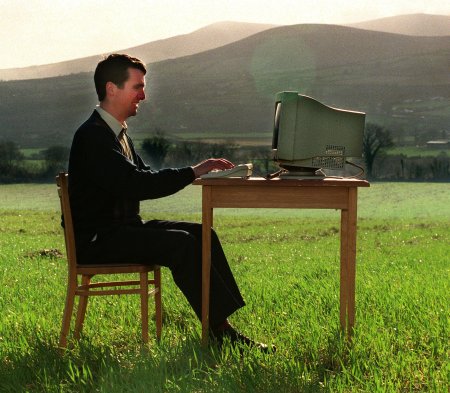 We can define Rural Sourcing as sending work to service providers in domestic locations where salaries and operating expenses are lower. An alternative for companies that want to avoid the negative aspects of offshoring. In a nutshell – “outsourcing” in your own country borders !

It’s not a secret that sometimes offshoring can bring cultural and language barriers between the mother company and the company that provides the service,differences in time zones ( not being able to work on the same working schedule as the main operating team ) , losses in terms of data or issues regarding security. Some companies re-organized and focused more on what is now known as Rural Sourcing. This approach is equal to less expensive labor and invigorated domestic economy.

Small towns ( less than 15,000 inhabitants ) have the same or even beat large cities in terms of the number of online workers per capita. The internet connection is not a problem nowadays and the business can thrive anywhere and all across the country.

The gate towards a real business success of rural sourcing is creating employment centers in small towns where the quality of life is elevated but the cost of living is relatively inexpensive.

Furthermore,a real plus represented when following rural sourcing is that everybody will follow the country’s data privacy and intellectual property laws. All under the same law and regulations.

Sure –  one may say that the salaries provided to workers inside the same country are not as low as those paid in remote areas as India or the Philippines but let’s not overlook other important costs that no longer exist in the case of rural sourcing : greater management oversight,cultural misconceptions and occasional long-distance travel.

Can we draw the conclusion that rural sourcing provides a competitive onshore alternative to the traditional answers of outsourcing ? Will somehow rural outsourcing stop the ongoing outsourcing process? Perhaps not.Or perhaps not right now.Most major corporations have made huge investments in offshore and they are not ready to give that up.

Nevertheless,this process can help revitalize regional areas that are in need of an economic push,it can help protect high-skilled workers while allowing companies to save on labor costs.