Eastern European outsourcing : heads up for competition in regards to India’s services upstarts 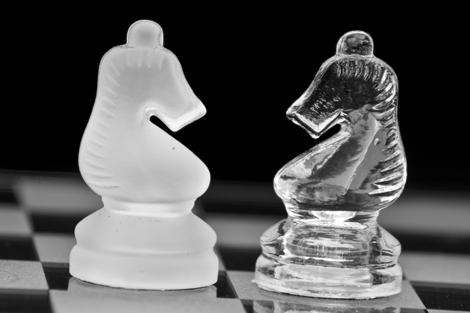 Eastern Europe, and Poland in particular, is maintaining its importance in the realm of outsourcing despite the rising prominence of India’s second-tier cities.

Despite increasing competition from new hubs in India, Eastern Europe is maintaining its importance as an outsourcing powerhouse.

More than one-fifth of the world’s top 100 outsourcing sites were located in the region in 2012, according to new research by consultancy Tholons. Poland’s second city Krakow was the highest ranked of the area’s outsourcing locations, ranked 11th out of 100, followed by the Czech capital of Prague, which took the 20th position, and the Hungarian capital of Budapest in the 27th spot.

“The strength of services outsourcing in Eastern Europe can be primarily attributed to its supply of a technically skilled labour pool — recording 500 to 1,500 tertiary graduates for every 100,000 population… Due to this labor supply advantage, the region has become the immediate choice for many Western European service buyers of high-value processes, such as those found in the R&D and ITO spaces,” it added.

While the individual rankings of the region’s main outsourcing hubs remained largely static, Tholons put the lack of change down to the growing competition from second-tier cities in India such as like Jaipur, Coimbatore, and Bhubaneswar “as global service providers realize the capabilities of these cities as supplementary locations for tier-one cities.”

Eastern Europe’s own tier-two cities are on the rise, with Poland’s Wroclaw seeing the biggest gains in ranking, jumping six places from its 2011 position to 78th in 2012.

And, as the Polish outsourcing industry has bemoaned previously, the established hubs are facing competition from upstarts in the region. Four Eastern European cities made the ranking for the first time: the Ukrainian city of Lviv, Romania’s second city Cluj-Napoca, Belarus’ capital Minsk, and the Croatian capital Zagreb.

“As the global IT-BPO industry escalates to higher-value services, Eastern Europe has already established the necessary precursors to maximize the gains in complex services… In the coming years, the most considerable challenges for the region will be seen in how it can prudently and proactively navigate through Europe’s current fiscal crisis, while at the same time maintain developmental gains of the region’s services outsourcing sector,” the report said.

South Asia, and primarily India, remains the top outsourcing region. Thirteen cities made it into Tholons’ top 100 outsourcing locations in 2012 located in India, with Bangalore, Mumbai, and Delhi making the top three. Only one South Asian city outside of India made it into the rankings: Sri Lanka’s capital Colombo, in 19th place.

“As technology adoption increases and processes refined, South Asia retains its place as the leading destination for services outsourcing globally,” the report said, while adding: “South Asia is not without challenges to overcome. Attrition and perception issues will remain as areas that need immediate actions.”