Home » Contributors » Amalia Sterescu : We are currently experiencing a lack of lobby from the Government’s part in the IT industry

Amalia Sterescu : We are currently experiencing a lack of lobby from the Government’s part in the IT industry 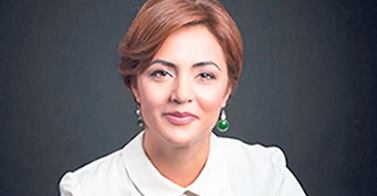 Top Expert in an American IT & C giant, Amalia Sterescu became one of the best outsourcing consultants in Europe.

Amalia Sterescu is considered by many as an outsourcing guru. Her experience numbers eight years as a Vodafone employee, followed by a top management position held inside Oracle Corporation. Amalia Sterescu led support service centers in Romania, India and China and has reached  a turnover of two billion U.S. dollars per year.

How appealing Romania is as an outsourcing destination?

Amalia Sterescu : The good news is that Romania, as a destination, remains stable on the global outsourcing map.Acording to a top made by an important consulting company  – a top that focuses on the first 100 outsourcing worldwide locations – Romania,throught Bucharest ( the most important outsourcing destination ) reached the 44th position.We can conclude that this is a stable position taken into consideration that last year we were on the 43rd  place.It would be most desired that this chart would also include other Romanian large cities as Cluj – that already has a strong outsourcing community – or Iasi, Brasov and Sibiu.

What would be the main advantage Romanian IT professionals have and how can they impose themselves in the global competition with countries such as China, India or Vietnam?

Amalia Sterescu: Romanians have a list of skills other countries lack : language skills.I led a support service center that served, in Romania, 51 countries around the world.Basically, I was interacting with these particular clients in 24 languages and that fact alone provides Romania with an uniqueness as an outsourcing destination because one will not find anywhere else a place where employees can fluently speak two, three or even four foreign languages.It is said – by people that have worked with professionals from the Philippines or India  – that Romanians have a different way of approaching the business : they are more creative, they don’t take a rule for granted, they investigate.This kind of behavior is less likely to be encountered in India for instance.Furthermore, we are raised in an European culture.Due to our geographic location we are closer to European values, closer to the customers we interact with and that fact makes the business easier to be understood.We should not forget that there is some reluctance coming from some companies on moving their business in the Asian culture, for example.

What are Romania’s drawbacks

What are Romania’s drawbacks? What about the threads Romania faces? Wage growth in this sector when a company decides to create an outsourcing center here ?

Amalia Sterescu: On the global outsourcing map, when choosing an outsourcing destination there are certain things to consider, of course.And one of the most important criteria is cost efficiency, we can’t deny that fact.We have seen that during 2003 – 2005 years Romania represented a top European outsourcing destination.I have practically seen a business being relocated in Ireland, then moved to Poland and Czech Republic and ultimately located in Romania.As a direct result, we learned how to educate the Romanian market in regards to the outsourcing business and nurture the professionals working in this field.

Then came the 2005 – 2008 years, a very animated period for the outsourcing market and the capital, Bucharest, simply flourished.The same pattern could be seen for other cities as well : Cluj, Iasi, Sibiu, Brasov. Due to the high demand in this field, the candidate’s expectations have also grown.At this point we faced a wages war which was not necessarily to our advantage.The countries that benefited from this situation were Poland and the Czech Republic, when in 2008, at the start of the economic crisis, confronted with an unemployment growth, they have lowered their salary demands.At that point they became the best outsourcing destinations all over again.This fact did not help us in any manner, because we’ve lost business, our country was no longer attractive from this point of view.

In regards to the threats Romania faces, they come first of all from the education field.We think about the present, we consider that what we have now represents a stable trend.But  if we have a look at the future, we realize that the outsourcing business needs to work hand in hand with the Education field, we need to add the necessary skills  in the school curricula, skills that are mandatory for this business to function : customer service aptitudes, programming or IT.If these particular competences are not nurtured, refreshed and adapted to our customer’s needs we are faced with a business loss.Therefore, important companies, major players on the Romanian market, began to initiate partnerships with a number of schools and build nurseries for future resources necessary for business continuity.

Another threat comes from the lack of partnerships between the government and the outsourcing business. Other “outsourcing star countries” such as Poland or Czech Republic are ruled by  governments that have an enormous concern for the outsourcing sector.I have seen ambassadors attending outsourcing events and promoting their country as an outsourcing destination, because this was listed in their performance objectives – and this attitude definitely lacks in our country. We are also missing the lobby activity from the Government’s behalf that could effectively support this field.On a long term, this is clearly a downside.Furthermore, we should also mention that there is no financially support from the state for this business at present.They could support this area by lowering the taxes or by granting financial aids for buildings – benefits that other countries have.

In Cluj we can find a cluster that brings together companies that have set out to take the next step from creating software for outsourcing purposes to creating copyrighted software, with a high return on value.Do we have the necessary competences for this particular step?

Amalia Sterescu: I am somehow familiar with the discussions within the IT cluster in Cluj I attended their last meeting and I found their views very interesting and appealing.They have expressed their concerns about the outsourcing business as a long term strategy and showed a slight lack of confidence in Romania’s long term activity as well.As a result, they feel the need to change the strategy by developing these incubators that could ensure the business continuity in the following years.Perhaps they are inspired by the success stories taking place in America or the Asian states where small companies develop a software that is being later purchased by a large multinational company.I say it’s worth a try!Trying is always better than staying put and wait for things to happen.